The Stańczyki Bridges: a hidden gem of the Romincka forest 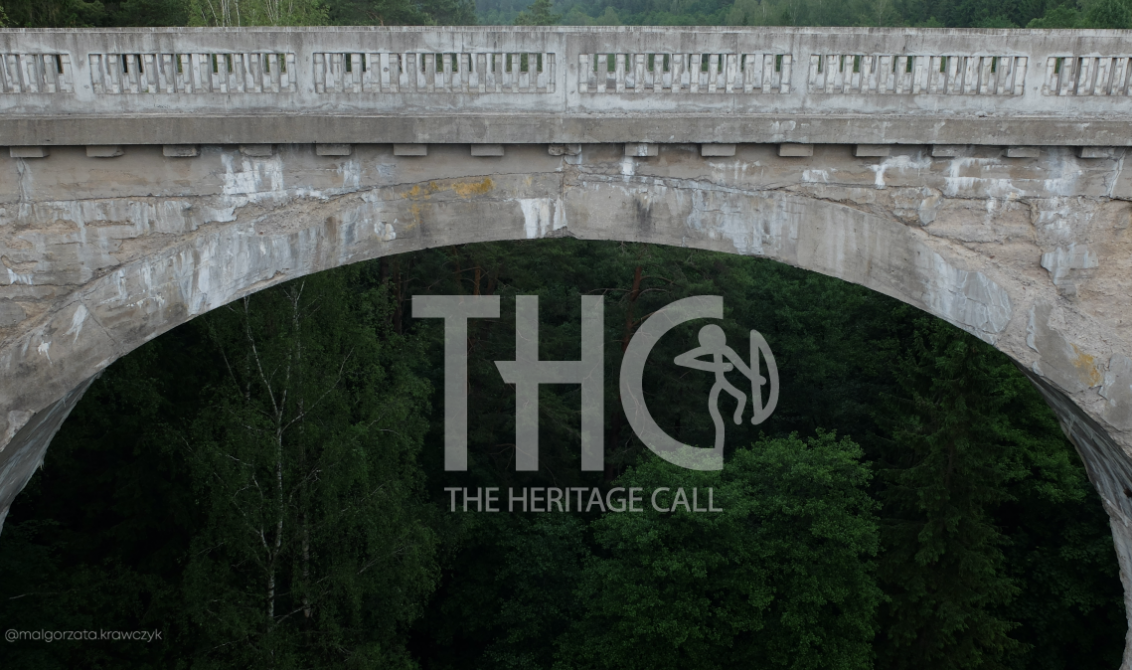 Author: Małgorzata Krawczyk is a Polish archaeologist who is passionate about photography. She is currently based in the UK where she works in the archaeological sector.

The first impression of almost everyone who sees the two monumental structures in Stańczyki, a remote spot in north-eastern Poland, gasps in amazement and astonishment at what they see in front of them.  Are they aqueducts? Here? Or bridges?

These hidden gems in the Romincka forest, overlooking the valley of the tiny Będzianka river, are two impressive bridges, reminiscent of Roman aqueducts. Each one of them is approximately 200 m long, 5,7 m wide and about 40 m high. The structures present five arches with a 15m radius and 30m distance between the pillars. Both were built as reinforced concrete structures.

For many years there were speculations as to the bridges’ construction method, one of the theories being that their frames were made of whole tree trunks that were then subsequently covered with concrete. This theory was supported by the presence of a wooden board visible in one of the pillars, but in fact, this is not possible as the masses of concrete would just smash the wood below. Most likely, the board served as a part of the scaffolding and accidentally sunk into the fresh concrete.

The bridges resemble aqueducts not only because of the arches but also because of their decorative motives that were inspired by the famous Pont du Gard.

It is rather difficult to guess at first glance, the original purpose for which they were built, which was a railway connection. Almost identical in their appearance and construction, both were designed most likely in 1905 by Italian architects as part of the same rail infrastructure project, initiated, in fact, mainly for military purposes. The territories of Suwalszczyzna are now found on the very North-Eastern corner of today’s Poland, which at the time of their construction belonged to East Prussia. The railway on the route Gołdap-Żytkiejmy-Gumbin was mainly supposed to serve Prussians for a quick transfer of troops within the territory of East Prussia.

It is not clear when the bridges were exactly constructed. Some sources place the beginning as early as 1907 while others differ between the first bridge being completed between 1912-1914 or finished as late as 1917. The exact dates are however unknown due to various sources outlining its construction.

It is widely agreed, though, that at the outbreak of the First World War, all actions related to the development of the route came to a halt.
After the war and subsequent change of borders, all plans of constructing the passage further north were no longer of use. It was decided to complete the route as a local single-track line.
The second bridge was built between the years 1923-1926. The interesting fact is that it never had rails installed.  From the beginning, it was designed simply as a backup in case the first bridge was destroyed.
The official opening of the railway route took place on the 1st October 1927. There were three pairs of trains running every day with an additional set at the weekend to meet the demand of the tourists. This did not last long, though, as already in 1933 on the command of Heinrich Göring the whole Romincka Forest was fenced and served as a private hunting forest for the Nazi brass.

However, the trains continued to run quite intensively as the route was used for transporting enormous masses of stones to build Hitler’s East Prussian headquarters – Wolfschanze – (Wolf’s Lair) located around 100 km to the west. Trains ran there until 1945 when the rails were dismantled by the Red Army.

Although in the nearby villages of Kiepojcie and Botkuny there are other, similar in form, arched rail bridges, the ones in Stańczyki are utterly unique due to their size and form. They are excellent monuments documenting historical building techniques and expertise, as well as turbulent events and facts of that area. Over time, they served as a local tourist attraction and now, privately managed, are still open to the public.