The Sanctuary of Artemis at Brauron – by Dr M. Canopoli 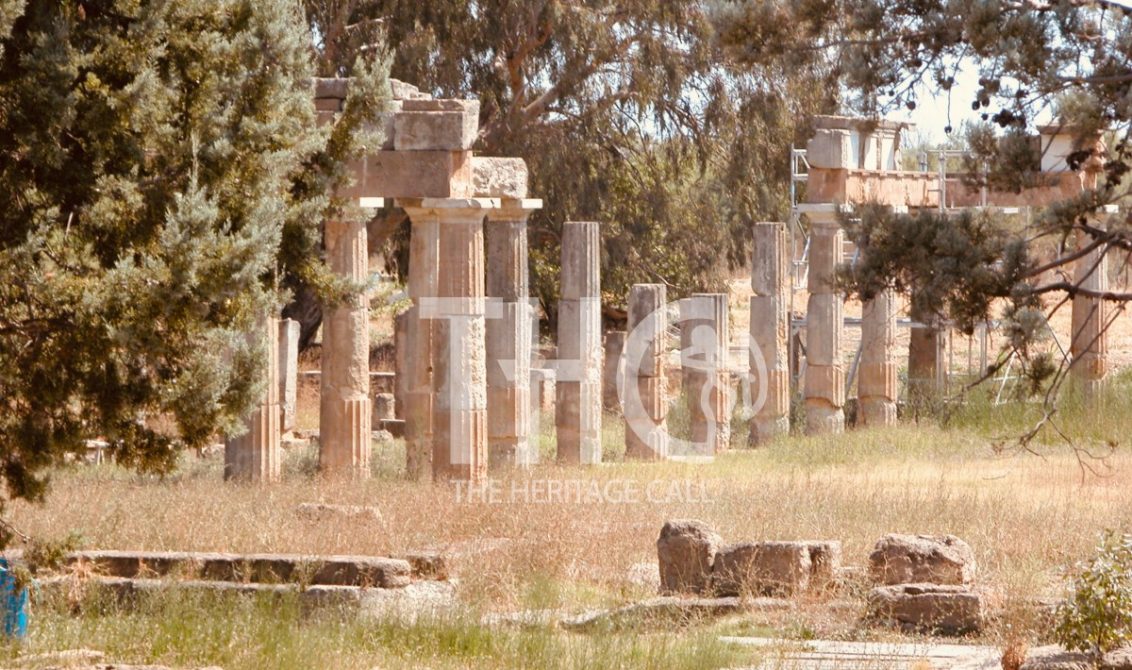 Dr Micaela Canopoli is an Italian archaeologist who is currently a post-doc researcher at the University of Warwick, UK.

One of the most iconic pieces of heritage in Attica is the sanctuary of Artemis at Brauron. This important monument is located approximately 40 km eastwards from Athens. In antiquity, young Athenian women celebrated the arketia in this temple – a feminine initiation ritual that took place during the Brauronian festivals which were held in honour of the goddess Artemis.

The importance of the Artemis Brauronia cult is testified by many ancient authors. Based on these testimonies, in 1600 travellers of Gran Tour made different assumptions about the location of the goddess’s sanctuary, which was discovered only in 1948.

The archaeological remains that we see today (fig. 1), as well as the materials displayed in the local Museum of Brauron, are the result of excavations, reconstruction works, and studies carried out in the sanctuary of Artemis Brauronia from 1948 till 1963.

On the south side, there are some of the more ancient structures of the sanctuary. Within a triangle-shaped area, it is still possible to see the podium of the temple of Artemis, and the remains of archaic buildings originally located inside a cave. Here archaeologists have found five small rooms with votives materials and two tombs that were attributed to the priestess of the sanctuary. After the collapse of the roof, the remains of these structures were ritually covered and on the top, a small building was constructed (fig. 3).

At the time of its discovery, this small building was called heroon of Iphigenia by the archaeologist in charge of the excavations. This name comes from the mythological tale presented by Euripides in the Iphigenia among the Taurians. At the end of the play, the heroine leaves the Troad and her role as the priestess of Artemis Tauropolos to became the kleudochos (key keeper) of the sanctuary of Brauron. According to this tradition at Brauron, after her death, Iphigenia would be honoured by the gift of the clothes of women who died during childbirth.

A small platform behind the temple of Artemis and a spring are the other remains attributed to the archaic phase of the sanctuary.

During the fifth century BC, the topography of the sanctuary was changed by the addition of a porch on the limit of the north section of the sacred shrine (4). This building, which closes the area on three sides, has a series of small rooms with tables (trapezai) and couches (klinai) both on the north and west sides. These rooms have been identified as hestiatoria (dining rooms) used by the worshippers during ceremonies.

As I have already mentioned, the Sanctuary of Brauron is one of the most defining pieces of heritage in Attica, and one of the most important monuments of the sacred Greek landscape. I feel particularly linked with this archaeological site because it was one of the first places I visited outside of Athens. Back then, I was a student and that was the first time I approached the cult of Artemis, as well as the archaeological testimonies of the sacred landscape of Attica. When I came for the first time to the sanctuary of Brauron it had recently been reopened to visitors after a long period of closure. Arriving from Athens, after Markopoulo, along a road lined with a few isolated country houses I first saw the so-called Stoa of the Arktoi, on the left. I decided to stop the car and spend some time just admiring the remains from the outside, and take some pictures (5). I left the car in the car park outside and, after a short walk, I finally approached the archaeological site. Once there I tried to imagine how the ancient Greeks felt when they came into this sacred place to attend the ceremonies in honour of the goddess.

Many reasons could make the visit to this monument a unique emotional experience, depending on the visitors’ approach to the past, the monument and its natural surroundings. What I wanted to share here is my personal experience hoping to stimulate, through some photos and a short description, a curiosity towards a place strongly connected to the history of its region and inhabitants.