The Norman Castle of Aci Castello 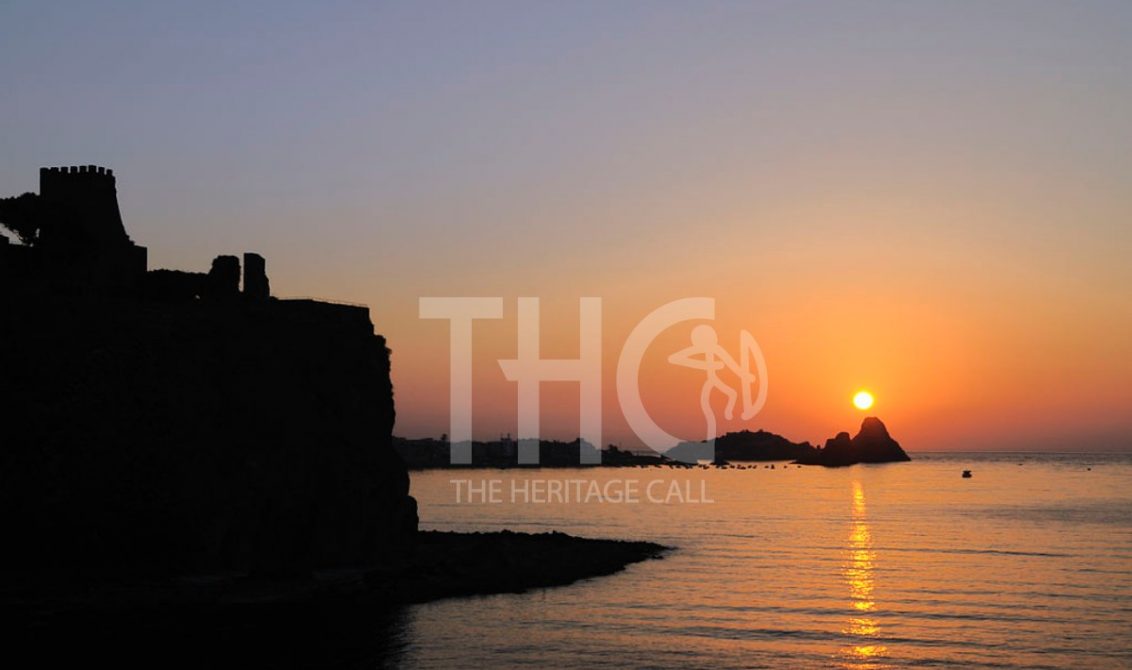 Mr Emiliano Amata is an Italian archaeologist based in Sicily where he is also currently working as a teacher.

I am Sicilian and reside in Aci Castello, a town located not far from Catania. Aci Castello rises over a picturesque gulf, just below a rocky cliff which was formed throughout thousands of years by the magma from undersea eruptions. Thanks to the unbelievable beauty of its natural landscape, the town has always attracted the attention of poets and artists. However, this picturesque and natural landscape has been further “decorated” by the people who have built a beautiful castle which marks the identity of the town.

The Castle is placed in a strategic position which was already considered as such since its Ancient Greek colonisation as it favoured the sea control, particularly the root to the Strait of Messina. From the Greek and the Roman periods, there is a lack of physical attestations because of the Arab invasions and destructions. However, historical texts report that many violent naval battles took place around this area in the past.

The construction of the castle seems to date between 1071 and 1081 CE when the island was conquered by the Normans Robert Guiscard and Ruggero D’Altavilla.

In the course of time, the castle has had a busy life: it passed, in fact, to the Aragonese family, the Angioine, and later to the Vicerè family who restored it and in 1421, it was sold by king Philip IV of Spain. The structure was considerably damaged by two earthquakes which happened in 1693 and 1818 and was then after restored. Nowadays, the castle represents a cultural and tourist attraction and it is visited by many tourists who also enjoy the museum which gathers mineralogical, paleontological and archaeological collections.

I chose this building because, although AciCastello is a small town, this castle tells a long story of all the phases of the dominations in Sicily. As a local, I find the combination of this rocky cliff and the Castle structure really fascinating, the latter seems to be the guardian of my town. I will never grow tired of this view and I love to see visitors astonished faces when they see this place for the first time.