The Ecce Homo Sanctuary in Mesoraca 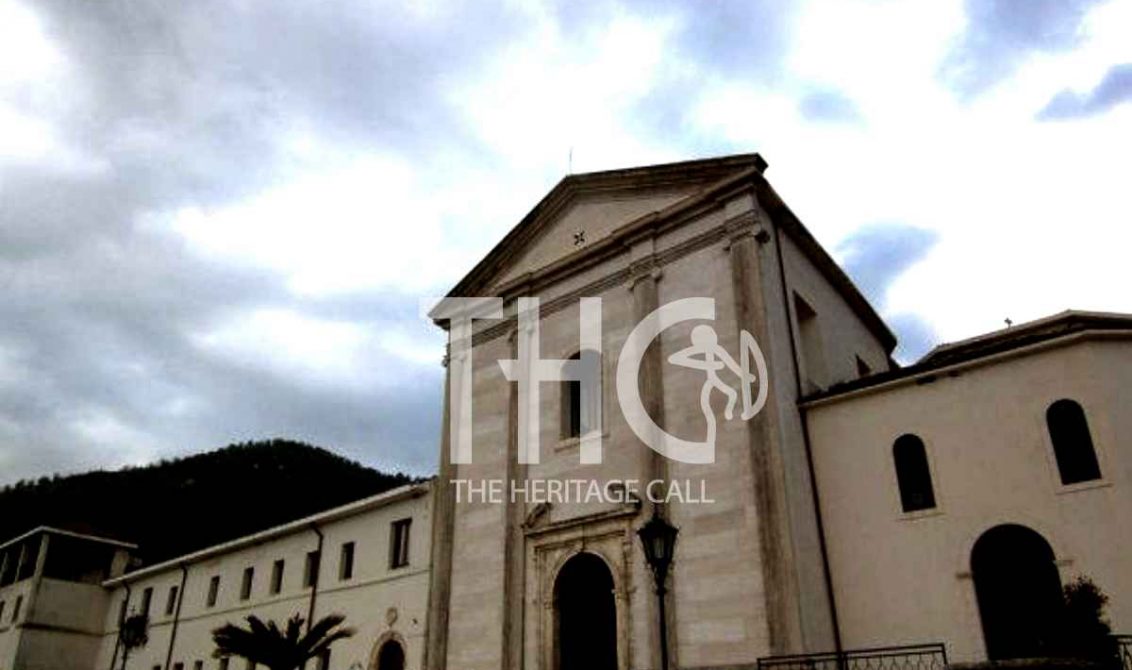 Paolo Brutto is an Italian archaeologist based in Calabria, southern Italy.

The sanctuary of the SS Ecce Homo is located on the slopes of Jupiter mount in Mesoraca, a small village in the province of Crotone in southern Italy. The entire sanctuary complex is surrounded by a beautiful garden, which was presented to the church from the ruling Altemps family. While the exact date of its construction is unknown, it can be dated to between 1419 and 1429. The current structure was placed on the remains of an ancient Basilian church where, according to tradition, Pope Zosimus, elected on 18 March, 417 CE, spent some of his time.

The monastery, located next to the church, was built at the behest of S. Thomas of Florence and was dedicated to our Lady of Grace. For this reason, above the high altar, is a statue in Carrara marble of Mary holding Jesus made by the artist Antonello Gagini from Messina.

The plan of the church presents a nave covered by a vaulted ceiling, surrounded by five chapels characterised by canvas paintings by Cristoforo Santanna (1756) representing scenes from the gospel and from the biographies of famous saints. The ceiling also has frescoes made between 1754 and 1755 by Domenico Leto and seven canvases, ascribed to the artist Capocchiani, representing the mysteries of Mary.

The refectory holds two pieces representing S. Francis of Assisi and S. Peter of Alcantara, dating back to 1649 and painted by Giovanni de Simone. Further, located on both sides of the high altar are two wooden doors with two marble angels on top. The doors open toward the apse and choir, built between 1763 and 1767 by the monks Gennaro da Bonifati and Giuseppe Grimaldi.

The name of the chapel comes from the presence of the sacred effigy of SS Ecce Homo: a wooden statue made by the monk Umile of Petralia in 1630. This statue was and remains one of the most worshipped icons within the Mesoraca community, often invoked during believers’ difficult circumstances. The statue is located on the left side of the high altar and represents a flagellated Jesus Christ ready to be presented to the crowd by Pontius Pilatus who, according to the Gospel of John, declared, “Ecce homo”, or “Behold the man”.

The statue is characterised by strong realism, particularly the face and the eyes, which highlight the great expertise of the artist. Due to these features, a legend states that the statue was created from the trunk of an olive tree felled by a lightning strike and that the eyes of the statue were not shaped by human hands being but by divine intervention.

In the 16th century, the monastery housed S. Umile of Bisignano, from whose room it is claimed he worked many miracles. The room is still intact and in 1986 it was turned into a chapel; the cloister was restored at the same time.

The little grove near the sanctuary holds oak, linden and chestnut trees, as well as a chapel dedicated to S. Francesco, who is represented in a bronze statue by Carlo Cistaro (2010) located in the front of this chapel.

This place is rich in history, mysticism, devotion, art and tradition. Regardless of our religious beliefs, I can see how this place enchants people and captures the souls of many devotees and curious visitors. I have always seen this place as perfect for all those in need of peace and silence and who want to take a moment to meditate. Whoever visits this place always reports feeling “invited” to pause for a moment from their hectic life and live a genuine transcendent and regenerative experience.