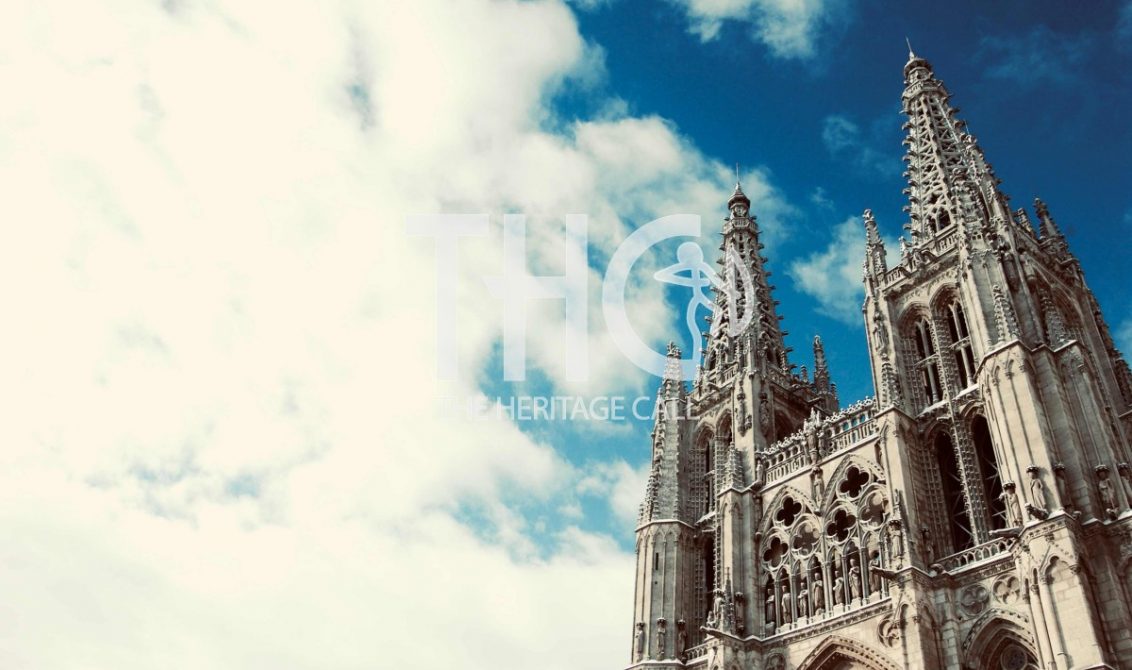 Dr Elena Duce Pastor is currently a postdoc researcher at the Institute of  Classical Archaeology in Catalonia, Spain:

I discuss the Burgos cathedral, which is a building dedicated to Saint Mary and located in the north of Spain. I chose this heritage subject in order to support this small city in Spain, a place that is special to me. In fact, part of my mother’s family had origins near Burgos, in a village called Roa de Duero.

The construction of the cathedral began in 1221 and was completed in 1567. The building embodies diverse trends from four centuries of the European Gothic style and, in 1984, it was added to the World Heritage List. The cathedral is situated in a large square in the historical centre, in an area that is intersected by the most important commercial street, which makes it a vital point in the city. Although other important monuments exist, such as the Saint Mary door and the Espolón (a pedestrian path that crosses the river Arlanzón), the cathedral visually dominates the entire city centre due to its considerable dimensions.

During my childhood, I took many excursions to Burgos, and visiting the cathedral was habitual for me and for all members of my family. Most of us, while not being experts in architectural styles, agreed that it was the most impressive monument in the city. I clearly remember that when I was a child the monument did not have the appearance that it displays nowadays. In fact, it was in considerably worse condition due to environmental pollution that had badly affected the stone materials. I remember it as a dark place with a mysterious atmosphere.

During the last couple of decades, however, considerable restoration has been undertaken – completed only in 2016 – which brought to light some paintings. I have recently visited the site with friends, and I took the pictures I am proposing for this platform.

I must admit that I feel conflicting emotions about the cathedral. Initially, I was slightly disorientated by its new appearance as I had never expected this enormous monument to change with time. However, my recent visit to the cathedral allowed me to feel like a tourist seeing the building for the first time and made me realise that my cathedral has changed (fig. 1). Clearly, the building is brighter and more impressive in the eyes of the ever-increasing number of tourists who visit each year. However, given that I have a different visual memory of the cathedral, I feel that something has been lost, namely the mysterious atmosphere that I remember. I am not the only one who has this feeling; my grandmother, also, remembers our cathedral with the same dark colour and mysterious atmosphere. Despite needing some time to become familiar with it again, I was able to admire the new building and its fusion with a new city centre that is full of life and contains many shops, cosy bars and restaurants that are so distant from my childhood memories.