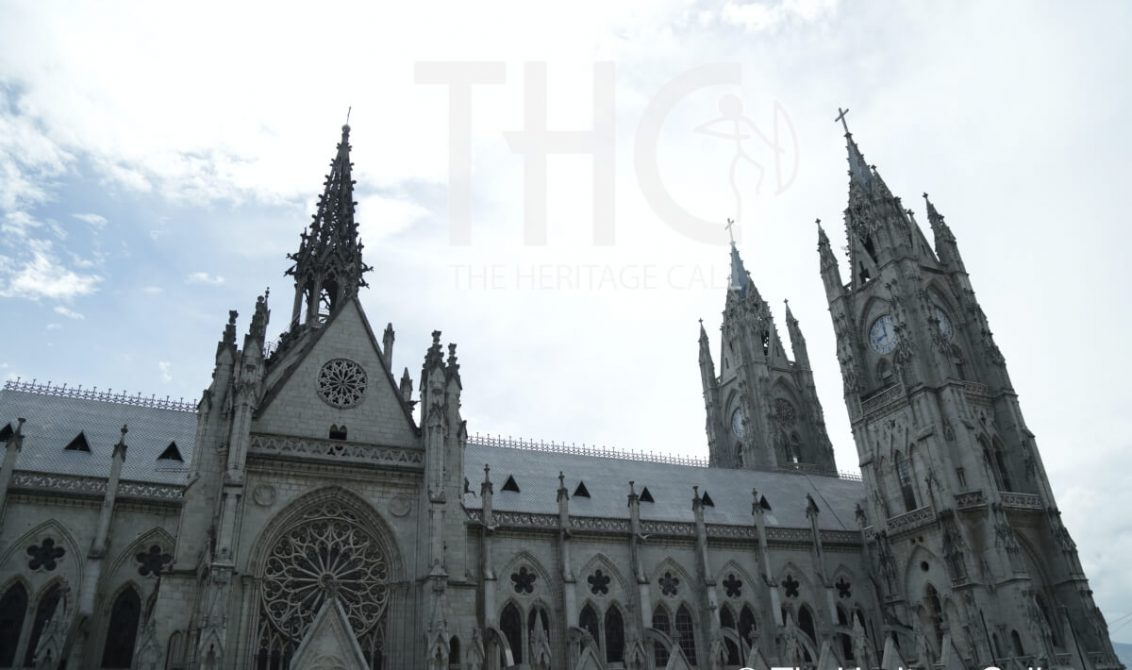 The piece of heritage I chose to present is the Basílica del Voto Nacional. This religious building is stylistically categorised as Neo-Gothic and it is located in the downtown of Quito, the capital of Ecuador. Given that it is located over a hill, which divides downtown and North Quito, the church is widely visible from the entire city.

The building, as well as the historical centre of Quito, is inscribed to the UNESCO World Heritage list and it is considered as the biggest Neo-Gothic temple in South America due to its magnificent proportions and its great architectural and artistic value.

As an architect, I think that the most peculiar and yet beautiful details of the building are the gargoyles, the stained-glass windows and the acroteria found all along the architectural piece. They were sculpted in order to represent the local endemic flora and fauna from Ecuador rather than classic mythological figures.

Moreover, the fact that the building is not yet finished drives my attention to this particular piece. Intriguingly, the internal and external sculptures have not been yet installed (or purchased) yet although they are present in the design plan.

The preliminary construction work on the site goes back to 1887 and from 1892 to 1909 the construction of La Capilla del Corazón de María, which is a small chapel located at North of the basilica began. The church was finally completed in 1924 and it fulfilled its religious function in which people could start celebrating the Mass. The church was officially inaugurated in on July 1988.

I now share two urban legends involved with this church:

On the one hand, this building is indicative of the important and influential role played by the Catholic church in Ecuador’s society which has been clearly influenced by. On the other hand, it must be underlined that the value of this cultural heritage subject combines historical, symbolic, spiritual, aesthetic and social significances.

Speaking from an emotional point of view, I feel enchanted by its majestic pose on the landscape because the church appears to protect the city. For me, it represents a mixture of spirituality which gathers the community and also a symbol of urban legends which have developed around its construction.

Through my pictures, I want to show in detail the reality of this building and to promote an important piece of Ecuadorian cultural heritage in order for it to be widely appreciated.