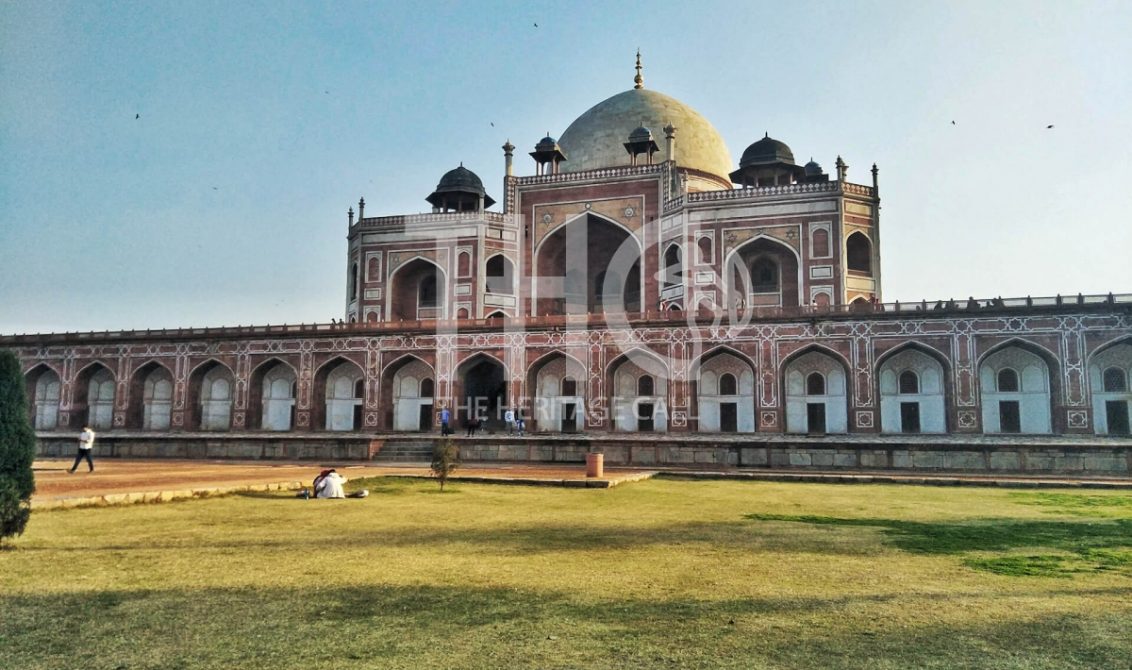 Ms Sukhmani Sangha is an architect from India who is passionate about history and heritage photography:

Humayun’s tomb, inscribed in the UNESCO World Heritage List since 1993, is a mausoleum built in the 16th century for Humayun, the second emperor of the Mughal dynasty in India. Humayun rose to power in 1555 after defeating the Suris; his destiny to rule India, however, was short lived when in 1556 he tragically died in an accident.

Sources say that his wife Bega Begum commissioned the tomb, however, his son Akbar played a huge role in its design and construction with most of the work happening under his patronage.  This was not, however, Humayun’s first resting place. The construction of his tomb began in 1565 and was finally completed in 1572, before which he was laid to rest in his fort palace at Dinpanah. His remains were later moved to his new tomb. Akbar had grand plans for the tomb since it was to be a sort of dynastic mausoleum for the Mughals to come. The architects hired to build the tomb were from Bukhara, today Uzbekistan, which was part of their Timurid homeland and this probably explains the delay of the tomb’s construction.

The site was carefully selected to be on the banks of the river Yamuna (the river has since changed course many times) and in the vicinity of the most revered Sufi saint of the 14 the century, Khwaja Hazrat Nizammudin Auliya (it is auspicious to be buried near a saint’s grave). Humayun’s fort, Dinpanah, is also in close proximity. 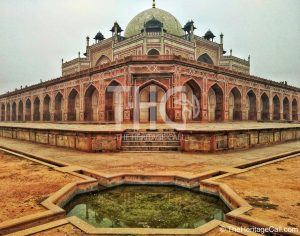 The tomb is laid out in the middle of a huge garden which is known as the ‘charbagh’ (four part) garden, which forms part of a long-standing Iranian tradition, associated with the notion of paradise. It is placed on a high plinth in the shape of an irregular octagon known as the ‘Baghdadi octagon’. This type of octagon has varying sides which again is a central Asian tradition. The previous tombs in India had a single chamber surrounded by a corridor whereas this tomb has a central chamber surrounded by eight ancillary chambers. This tomb type is known as the ‘Hast-bahisht’ (eighth paradise) and is again derived from Timurid traditions. The architectural style of this building is said to be the precedent for the so-called Mughal architecture style which reached its zenith with the world-famous Taj Mahal. It was also the first example of a double dome in the entire subcontinent. After Humayun, many of the royal family members were buried here thus it is also popularly called the Dormitory of the Mughals.

Humayun’s tomb is one of the most magnificent and well-preserved monuments that dots the Delhi skyline, a place I first visited in January 2018.
At the first look at its structure, I was left mesmerised by its sheer scale and proportions. Having read about the history of Mughals in India, I was familiar with its story but it did not prepare me for the awe I felt in its presence. Apart from being the place of rest for many members of the Mughal royals, it has also witnessed many key events in the history of Delhi and it stood there almost as though it wanted to tell me all those stories.
In the early 18th century, the Mughal empire fell into a state of decline and the tomb was left neglected. With nobody to look after it, the locals inhabited the gardens surrounding it and cultivated cabbage and tobacco.
After the Indian revolt of 1857, the last Mughal emperor Bahadur Shah Zafar and his family had taken refuge here but were later captured by the British from within the sanctuary. It later served as a refugee camp, first, for the Muslims leaving for Pakistan and subsequently for the Hindus arriving here after the partition of India in 1947.

After a long period of deep neglect, the first restoration attempts were made only in 1903-09 by the viceroy of India, Lord Curzon. However, proper restoration work was only carried out after 1999 when its original gardens were re-laid and the water fountains were revived. Today, it is heartening to see a huge number of people flocking to see the monument and even better, a big number of which are locals. I see people coming with families, parents briefing their children about the significance of the tomb, people sitting around on benches staring at the structure, picnics around its gardens and in all of those activities there is a subconscious attempt at reconnecting with one’s collective heritage.

For people like me, it is a treasure chest in terms of the loot I get to carry away from it. From the intangible aspects of recreation of a bygone era in my imagination to the magnificent perspectives in pictures that one can create from many different angles, it is indeed a photographers ‘paradise’! 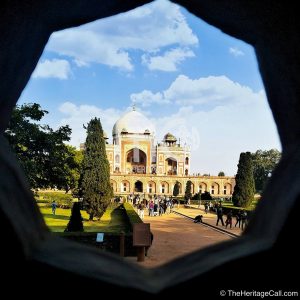